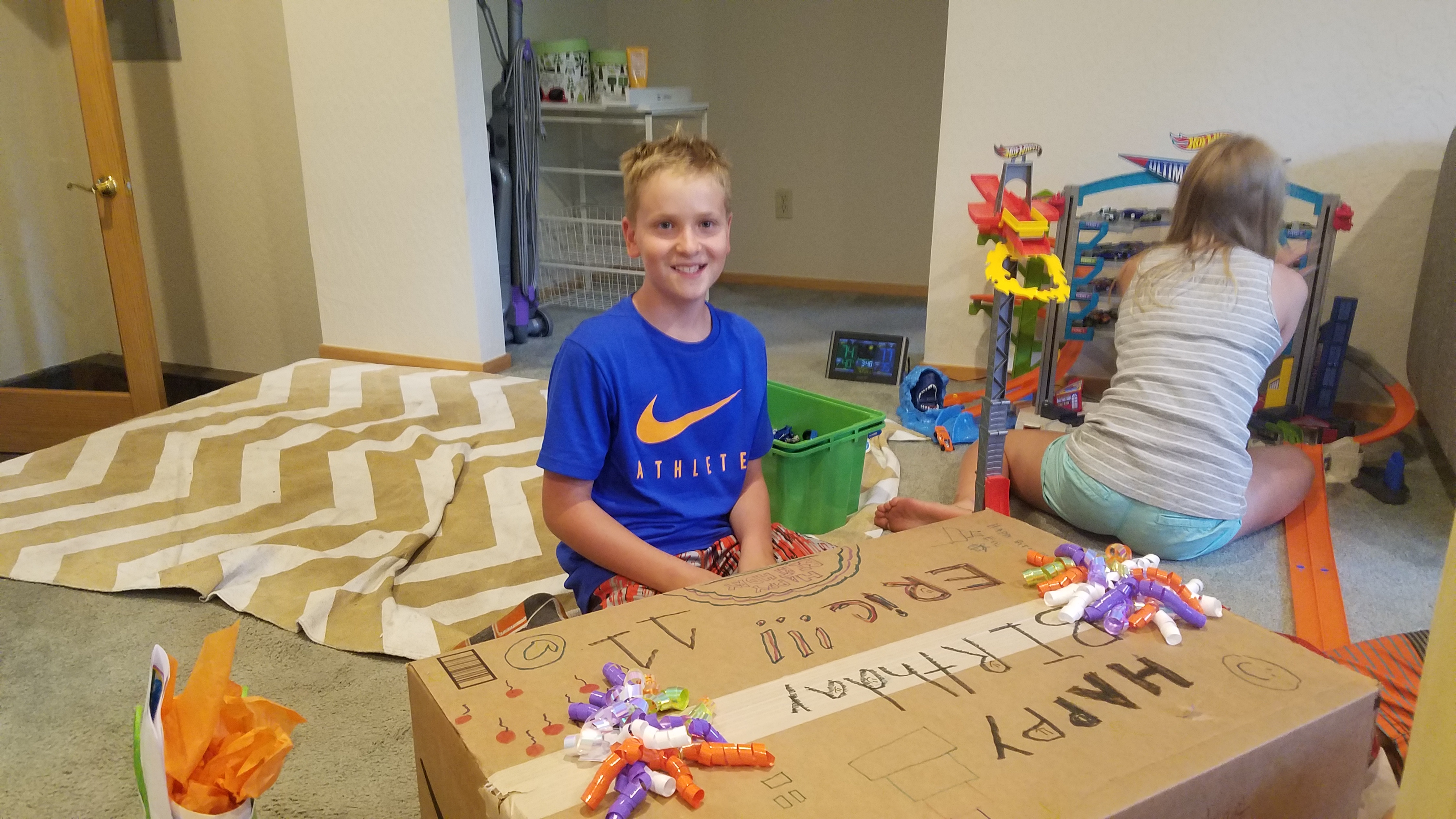 Eleven. My first born son is eleven years old. Everyone says it goes by so fast. That statement always makes me sad and anxious.  I want to savor moments, take deep breaths, and hold on so I feel and experience the miracle of this child before me. It is true that time can not slow down; and it is also true that time does not speed up. It is constant.

None of that changes the fact that Eric is and eager early bird in just about everything. Mornings he is especially bright, cheery, and early. On the morning of his birthday he was so eager to get to school he asked to walk over early and play on the playground (which I can see from my back window). Little did I know that he would head to his classroom where his teacher told him he can’t arrive an hour before school starts.

His early arrival in life is just who he is. It certainly has presented challenges, particularly at his birth when he arrived fourteen weeks early!

He weighed one pound fourteen ounces when he was born. He couldn’t breath on his own, our open his eyes, I couldn’t hold him which was fine because his paper thin skin scared me a little.

He started the fifth grade this week in a new school.  He is confident, excited,  and enthusiastic to begin making new friends. Some days his start in life is so far from my mind that I let mundane annoyances get to me instead of looking at him and reveling the fact that today he does things so ordinary they hardly seem like the miracle they are. Things  like putting on a seat belt, chewing, swallowing, breathing, playing video games, brushing his teeth. Even now he just got himself up out of bed, went to the bathroom, and then knocked on my door to say good morning.

Happy birthday buddy! I love you.