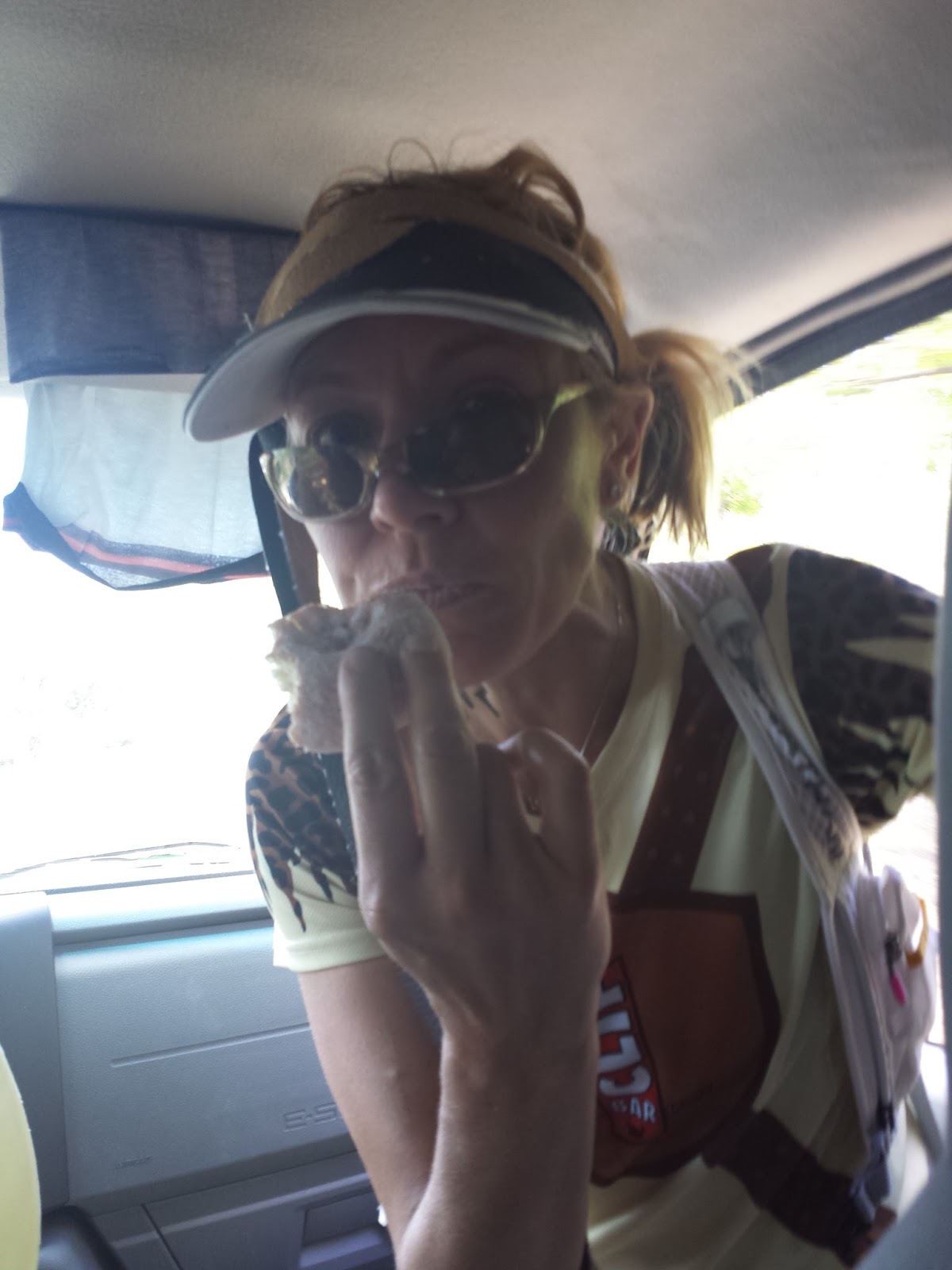 After eighteen years of overseeing the nutrition integrity and efficacy of the Clif Bar and Company sports performance foods made to keep runners and other athletes moving, Brendan Leonard’s account of his careful consideration of an apple fritter as fuel during his marathon intrigued me.

First of all, I believe good donuts to be one of the most fun foods on the planet. I kind of consider myself a careful connoisseur of good donuts. I am not one to get excited about meals and food in general. It is all sort of just nourishment to keep me doing what I love at this point. Donuts, however, get me excited. Not just any donut though. Grocery-store, air-puffed, raised, and glazed are not worth the dough. Donuts made at a bakery with some intention on tasting good are a whole other story.

Despite the legacy of “donut killer” I left behind at CLIF, it was never my intention to remove donuts from the breakfast menus for the weekly (formerly known as “Bagels and Donuts” meetings). I SAID order fewer donuts less often to avoid the break room pile up of picked at donuts that sat there all day. Visitors would walk by and say ” I thought you were a health food company?” No one would actually eat the donuts during the meeting because they were “pretending to not eat donuts” and then they would proceed to slice a piece off of a donut every time they walked by the table. Gross!

Donuts done right are so bad that they are so good. Freshly fried, filled, and frosted, they are also incredibly fun. I spent a semester in college making donuts in the wee hours of the morning with a crew who had this job down to a science. Maple bars were three fingers wide. Glazed old-fashioneds needed one fluid movement of the glazer to ensure even coverage. And frying, it was done quickly. Just long enough to crisp the outside and softly cook the inside. Donuts are made good when done so from scratch and with pride.

I have countless memories of buying donuts from various shops but none are more memorable the post-bar-closing experience at Bob’s Donuts in San Francisco. Donuts are memorable but, let’s get to the question at hand. Are they a good endurance fuel for a marathoning?

As a performance nutritionist and a creative athletic, I am well-versed in the scientific evidence in favor of easily digested, mixed-source carbohydrates eaten in a slow drip fashion. It works. Sports nutritionists usually preach the following:

The thing is this advice is merely a framework and what happens during the race is often circumstantial do to an individuals body and what is going on specific to this race. When I crewed Scott Jurek on his Appalachian Trail quest, he ate every vegan food brought to him on the trail. Pizza. California rolls. Pad Thai. Digestion? No problem. It is also a matter of having a well-trained gut which, he has.

Let’s not forget about pallet fatigue. This is when you just can’t get anything past the entry point of digestion, your mouth. It just says no more. When running Wasatch Back Ragnar Relay race palate fatigue hit me hard. I could not stomach even the thought of more chews or gels. I knew I had another leg to run and needed to eat. Sitting on the street curb next to the van I nursed a piece of plain white bread but, it wasn’t going down. My teammate, in jest, suggested the two-day-old powdered cake donut in the pastry box under the seat in the stinky van. Why not? I needed fuel to keep up and nothing else was going in. I proceeded to nibble and eventually eat the best tasting, dry, carb-packed donut with pure delight.

All the textbook sports nutrition recommendations in the world aren’t going to make the fuel go down when an individual’s palate says NO. What is a runner to do? Problem solve by trying out other things on course.

In the case of Brendan, the apple fritter was definitely and individual call. I don’t know many runners who would give that a try but, that is what called him and, it worked! It packed more energy than gels or chews and it got the job done. Splitting it in half with a fellow runner as Brendan suggests definitely lowers the risk of the fritter turning into a full stomach gut bomb and increasing tolerance. Now, carrying an apple fritter, chewing and swallowing, that could take some practice.

I can give athletes all the scientifically proven recommendations in the world but, ultimately it comes down to the individual and what works for them. Individuals sports nutrition is anything but textbook. So, if an apple fritter it is, go with it! There is no doubt, it tastes better than gels!