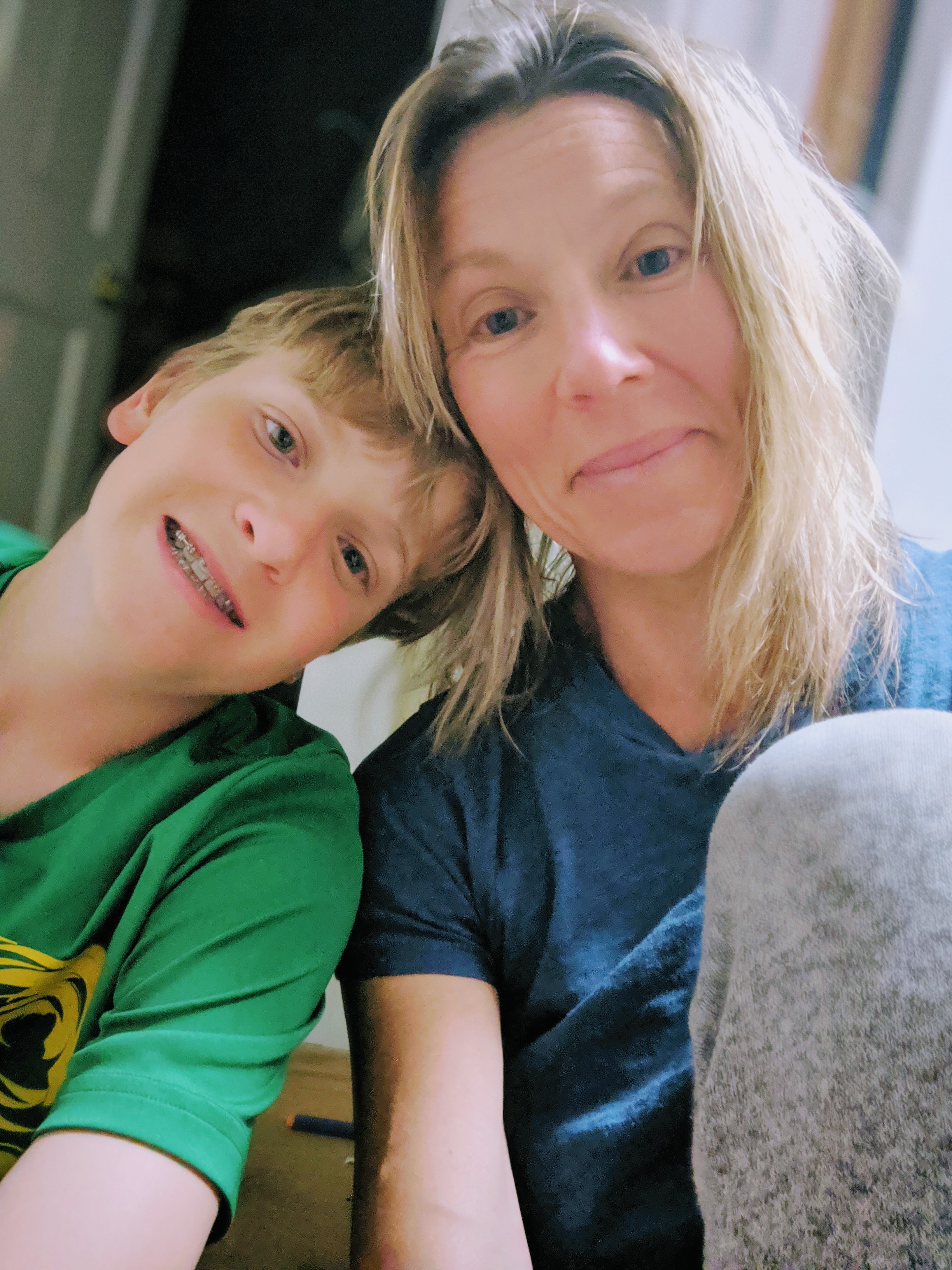 Being a present and available parent for my kids drives my ambitions and choice to live and work on my own terms. December tenth is a special day, a milestone day in my journey with my husband as a parent. It is a day that I hold close. Some day is today.

Thirteen years ago my Mom sat by my side in the hospital. We were sitting next to the incubator. Actually it is called an isolate. Incubators are for chickens, not people. This very special bed held my very special son, Eric, at a weight of one pound fourteen ounces. ( He now weighs ninety pounds and would be so embarrassed that I wrote this.) Those who knew us then, know this story well. I went into labor on Labor Day and two days later, after loads of magnesium and other drugs, the doctors couldn’t stop the contractions, I was nine centimeters dilated, and Eric was born at twenty–six weeks and two days gestation instead of the full-term forty weeks. I was teeth-chatteringly frightened. I mean, I was just starting to get comfortable with pregnancy and now he was here! Up to this point, I thought the scariest thing would be having the baby be born while still being undecided on his name. Little did we know. So little and, we still didn’t have a name.

A wonderful teenager now, I asked him if he knew what today was. “No, what is it?” he asked. “It is the day you came home from the hospital after you were born,” I said. “Wait. What? How is that even possible? My birthday is in September!” He knows he was born early however, many parts of his story are incomprehensible. In fact, they are incomprehensible to most anyone who hasn’t been pregnant and imagined what giving birth three months early means.

I remember staring through the glass of his isolate that first week in the Neonatal Intensive Care Unit (NICU) to see his eyes open for the very first time ever. Most babies are in utero when their eyes open for the first time. Despite my fear and anxiety, I was still able to recognize I was witnessing a miracle.

As my mom and I sat next to Eric in the hospital she said that someday I would tell Eric the story of how he was born. I couldn’t hear it. Just as I couldn’t look at happy families with full-term babies or even former preemies grown up. I was so overwhelmed with the present that any visions of the future were incomprehensible to me. Thinking of someday was more vulnerability and uncertainty than I could take. I remember a dream I had during that time. Dreams are sometimes so vivid it is like watching a TV show in your sleep. The show was going on and then suddenly everything went dark. I woke-up startled and anxious. Too much unknown. The present was all I could do.

The present consisted of pumping breast milk six to seven times a day and scheduling pumping around my arrival and often forced departure from the hospital. My world was small and I liked it that way. It was all I could handle. Exposure to the outside world had too many germs and too many people taking me out of the present. I let the hospital serve as the boundary between where I needed to be and everything else.

Now thirteen-years-old, he has no understanding of the impact of his birth on me, his Dad, and all those who surrounded us with support back then. This is how it should be. The experience set us on a course of growth through the struggles that was difficult but not without gratitude for where it has brought us as people in our family of four today.

Watching Eric play basketball and hang out doing wonderfully normal teenager things makes those early traumatic months feel like another lifetime. As anxious as my Mom made me by saying someday I would tell him the story of his birth, she was right. Here we are. I am now telling him the story of how he was born. We look at pictures and he asks where his baby book is with photos of him out of the hosptial. I show him the binder where I tracked his weight in grams every day for three months, it was something I could do and grams felt bigger. I review with him the names of the nurses, doctors, pulmonologists, and all the angles that cared for him and me to an extent. His brother is curious and asks questions too. I show them the teeny-tiny clothes that were too big for Eric and the little diaper too. Eric someday is today and this is the story of how you were born. You are more strong, capable, resilient, and eager than you even know.

I have adapted this blog from the one we began when Eric was born. I include those stories here because this is also part of my story and why I am moved to write, run, and own a business on my terms.